I am writing this article about Utqiaġvik formally Barrow, Alaska. Barrow is America most northern city. The city sits 320 miles north of the arctic circle. This city is very fascinating to me. Monday November 18 2019 was last time the city will see the sunrise until January 23 2020. That is 65 days of complete darkness. This even happens every year and it is call “polar nights”. During the Northern Hemisphere’s fall and winter, the sun’s most direct rays shine over areas between the equator and the Tropic of Capricorn, about 23.5 degrees south latitude. Because the Northern Hemisphere tilts away from the sun in the fall and winter, areas north of the Arctic Circle within 23.5 degrees of the North Pole experience more than two months when the sun never pops above the horizon. Areas further north from Barrow will experience “Civil Twilight”. Civil Twilight means that sun is 6 degrees below the horizon. The light is enough to see objects outside. Civil Twilight is at the beginning and end of polar nights for 6 hours a day, but in the middle of polar nights around Christmas time there is 3 hours of light. There will be no sunrise though during Civil Twilight. The opposite occurs from mid May through early August, when the sun doesn’t set for more than two months north of the Arctic Circle. Next year, this will occur from the last sunrise May 10 until the first sunset Aug. 1 in Barrow. That means it will the sun will be out and daylight with no darkness during this period.

Barrow may be on the arctic circle but this year has been record warmth for the most Northern US city. Through Nov 17 this has been the warmest year to date on record in Barrow. It has been 2 degrees warmer on average during that period compared to 3 years ago. Barrow has had 147 days straight days warmer than average according to the weather service in Fairbanks, Alaska. The last cooler than average day was June 24. This year Barrow recorded earliest season high in the 70s (73 degrees on June 20). July and September were both record warm months this year as well. Temperatures reaching the freezing mark as late as Veterans Day this year is not common, that time of the year average high are in the single digits. The lack of sea ice contributes to the temperature being warmer. More of the sun energy is being absorbed by the ocean than being reflected by the ice.

The climate in Barrow is obviously very cold conditions. The climate is classified as polar climate. Barrow is one of the cloudiest places on earth because of the easterly winds off the Arctic Ocean. Barrow is completely overcast slightly more than 50% of the year. It is at least 70% overcast some 62% of the time during the year. Peak cloudiness occurs in August and September when the ocean is ice free. Dense fog occurs an average of 65 days per year, mostly in the summer months. Ice fog is very common during the winter months, especially when the temperature drops below −30 °F.

The high temperature is above freezing on an average of only 120 days per year, and there are 106 days with a maximum at or below 0 °F. Freezing temperatures and snowfall can occur during any month of the year.

Serious cold weather usually begins in January, and February is generally the coldest month, averaging −14.2 °F. By March 1, the sun is up for 9 hours, and temperatures begin to warm, though winds are usually higher. April brings less extreme temperatures, with an average of 1.8 °F. April 1 the sun is up for more than 14 hours. In May, the temperatures are much warmer, averaging 21.2 °F. Beginning around May 11 or 12, the sun remains above the horizon the entire day and that is known as the midnight sun is observed. The sun does not set for about 80 days, until around July 31 or August 1. In June, the average temperature rises above freezing, to 35.7 °F, and the normal daily temperature remains above freezing until about September 17.

Living in Barrow, Alaska is definitely different than any where else in the US. Barrow has a lot of history. Here is a link about the cultural and language of the Native Alaskan Inupiat heritage http://www.north-slope.org/departments/inupiat-history-language-and-culture . This is a very fascinating website about the history of the Inupiat in Barrow. The population in Barrow is 4,383. The native Alaskan Iñupiat have been here for more than 1500 years. Utqiaġvik was the first name of the city, then it was Barrow, then just recently the name was changed back to Utqiaġvik which is the original tribal name. The name change happened in October 2016. Most residence work for federal and state oil field operations. Because transporting food is so expensive many residence rely on local food sources such as . Whale, seal, polar bear, walrus, waterfowl, caribou, and fish. This food comes from lakes, rivers and the coast.

AC (Artic Circle Supply Company) is the local and only grocery store in Barrow. Everything is flown in during the winter, as are fresh fruits and vegetables year round. In the summer time some things come by barge via the Arctic Ocean from Seattle like furniture, appliances, and motorcycles. Here are some examples of food prices in AC (Artic Circle Supply Company) Store. A bag of Tostitos tortilla chips here are “on sale” for $10.74. A single roll of toilet paper is $2.60. A box of Froot Loops is $9.73. A gallon of milk is $10. A gallon of water is $9.59. A tomato is $4. One half of a watermelon is $37. Pears are $3.59 lb. Several varieties of apples are available from $3.69 to $3.79 per pound. AC store brand bread is $2.95 per loaf. A package of bagels is $5.55 and Multi-Grain Sandwich Thins are $5.05 per package. Rib eye steaks are $13.79 lb. A half gallon of milk is $6.99. Cheerios are $6.29. 12-pack of Coca-Cola $11.99. These prices are extremely high compared to anywhere in the lower 48.

The roads in Barrow are unpaved due to the permafrost, and no roads connect the city to the rest of Alaska. Barrow is served by Alaska Airlines with passenger jet service at the Wiley Post–Will Rogers Memorial Airport from Anchorage and Fairbanks. New service between Fairbanks and Anchorage began from Era Aviation on June 1, 2009. Freight arrives by air cargo year round and by ocean marine barges during the annual summer. Residence use ATV and Snowmobiles primarily to get around town. https://www.eskimosinc.com/ is where ATV and Snowmobiles are sold at and AC (Artic Circle Supply Company Store) as well.

Cars are shipped by barge either from Prudhoe Bay or further south in Alaska through the Bering Sea. In March, only when the permafrost is at its deepest, locals create ice roads through the brush to reach the Alaskan road network in Prudhoe Bay to the east.

There is one school district in Barrow, Alaska https://www.nsbsd.org/. Eben Hopson Middle School and Fred Ipalook Elementary part of North Slop Borough School District. Barrow High School is the high school and there is currently 232 students enrolled. Barrow schools does have sports. Barrow High Schools are the Whalers. August 19 2006 was the first official game the Whalers played. On August 17, 2007, the Whalers football team played their first game of the season on their new field, artificial turf. The historic game was attended by former Miami Dolphin, Larry Csonka. This was the first live Internet broadcast of a sporting event in the United States from the Arctic Circle. In 2017, The Barrow High School Football team recorded their first ever state championship win over the Homer Mariners 20-14. Getting to Barrow for schools to play each other is a challenge. With no way in or out by vehicle transportation, it makes things very difficult. Here is a very good article written in the New York Times by Bill Pennington, telling the way schools get back and forth to compete against Barrow High School. https://www.nytimes.com/2004/03/01/sports/in-alaska-getting-there-is-half-the-fun.html.

This was a very fun article I enjoyed writing about Utqiagvik (Barrow), Alaska. This city is very fascinating to me and hope everyone enjoys reading this article about America Most Northern City. 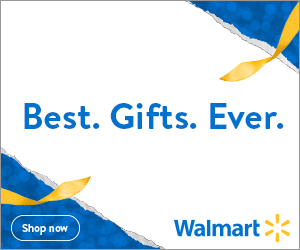 My site is about my favorite topics. Sports, Weather, Shoes, Fitness and Health/Fitness Supplements. View all posts by Fiddler

This site uses Akismet to reduce spam. Learn how your comment data is processed.

Content on This Site is Owned By Thoughts By Fiddler